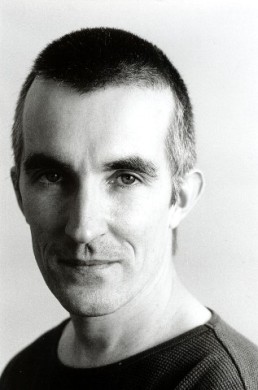 As well as being a lyricist for several New Zealand bands, including Blam Blam Blam, he and his partner, Amala Wrightson, toured the country in the 1980s as the performing duo, The Humanimals. From 1993 to 2003 he lived and worked at the Rochester Zen Center, a Buddhist community in upstate New York. His most recent film project is Tanka Films.

“Whenever I fall out of love with haiku, which happens from time to time, I return to the work of the masters – Basho, Buson, Issa and Shiki – and my affections are renewed. Reading their work, I am reminded how haiku can clarify our perceptions so that we experience the world in a more direct and penetrating way.”

raindrops
and the sound
of a shoe being unlaced

bitter tea – my teeth
leave indentations
in the polystyrene cup

each day less light,
the smell of printer’s ink
on the morning newspaper

first snow,
the eyes of the sparrows
sharp and bright

during the rainstorm
the child’s colouring-in
becomes more intense

the storm passes,
sunlight
on the back of a sheep

the old broom
sweeps away
bits of itself

to write as simply: ibid.

each day less light,: Frogpond (US).

during the rainstorm: Frogpond.