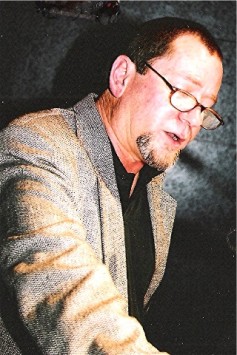 John O’Connor was a Christchurch poet and critic. He was co-winner of the New Zealand Poetry Society competition in 1998 and winner of both the poetry and haiku competitions in 2006. In 2000 his fifth book of poetry, A Particular Context, was voted one of the five best books of New Zealand poetry in the 1990s by NZPS members.

John was an editor for Canterbury Poets Combined Presses, was co-founder of Sudden Valley Press and founding editor of the journal plainwraps. His book, Parts of the Moon, was published in Australia in 2007, and his tribute to the classical haiku of Japan, Bright the Harvest Moon, was published in 2011. His interest in haiku began in the early 1980s.

mountain-side –
the train climbs its own
sound


circus dwarf –
so high above his hand
the red balloon


in
the empty billboard frame
the whole mountain


past the manikin
the girl with the same
pout


dusk –
up to my ears
in birdsong

dusk -: Frogpond (US), chosen as the best of the international issue.