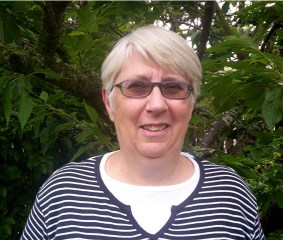 Helen Yong is a Christchurch poet who has been published in journals in New Zealand, Australia, UK, United States and Japan. Her work has appeared in a number of anthologies including the taste of nashi: NZ Haiku and Crest to Crest: Impressions of Canterbury.

Helen began writing haiku in 2002, becoming a member of the Small White Teapot Haiku Group. This group has been extremely helpful to her writing. More recently she has also been writing tanka and in 2010 she won the 3rd Kokako Tanka Competition. Contact Helen.

driving home –
the rainbow
arrives there before me

changing our sheets –
cherry blossom
drifts to the floor

camping ground –
the cries
of other people’s children

leaving your home –
kowhai flowers
flick off my windscreen

there       not there
the spider’s thread
catches sunlight