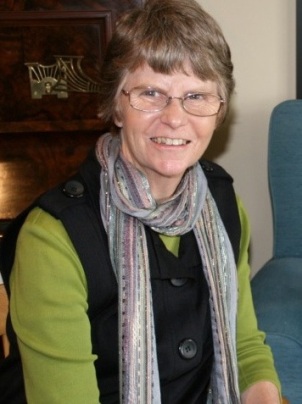 Elaine Riddell lives in Hamilton and has retired from teaching, but continues to take on a small amount of contract work. She enjoys writing haiku, tanka and other poetry and her work has been published in journals and anthologies in New Zealand and overseas.

first white butterfly
my cabbages
not yet planted

moonlight
the stream flows from shadow
to shadow

road to the beach
wave after wave of blue
hydrangeas

silver frost
a pigeon wing tilts
to the rising sun

jagged mountains
a harrier hawk
hangs in the air

last sun
the footprints over the dunes
filled with shadow